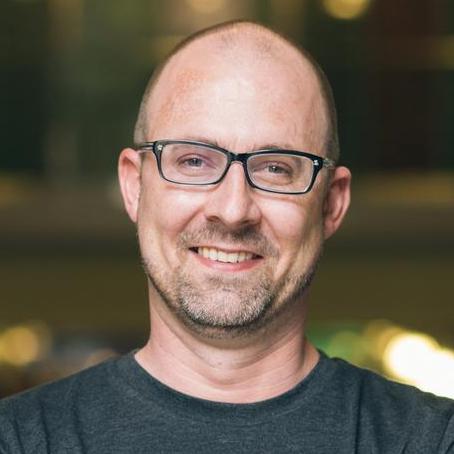 Hi - I'm Clinton, and I'm the CTO of Momentum Learning in Durham, NC. I've previously worked with the Consumer Financial Protection Bureau, The Iron Yard, and RTI International, among others. My big passions are my kids and making the world of programming a more welcoming and diverse place.

Today I was leaving the parking garage at work when I saw someone’s lights were on and their car was off. I leave my lights on all the time and run down my battery on the reg, so I decided to do the right thing and stop and see if I could turn their lights off. I walk up to the car – walking up to a car that is not yours feels extremely weird – and test the door handle. It opens and I turn off the lights and then the driver’s seat, which was reclined, flies up and a frightened older Asian man looks at me. I may have never jumped so high before. We stared at each other for a moment and then I said, “I’m sorry, I saw your lights were on” and then turned and booked it out of there. I am pretty certain I heard him say “Thank you,” but I am not completely sure.

The daredevil climber risking his life for the world’s best views There is nothing like the rush of adrenaline I get from being up high. These pictures are amazing, even if the process of getting them is wildly irresponsible.

I had a goal this year of reading 52 books, which was overly ambitious – I only read 31. I’m glad I made the plan, though, because it made me keep a list, which I’ve never done before.

16 Dec 2017
I have spent some time recently building bots for Slack using Glitch, and it is one of the most fun experiences I have had writing code. If you haven’t used Glitch before, it’s an online code editor for Node.js that automatically saves and restarts your application on edit and hooks it up to a domain. Using this, you can iterate on your application quickly. When developing a bot for Slack, you can pop back and forth between Glitch and Slack and see changes in real time. Read more...

I had a really excellent birthday. On Saturday, the whole family spent the day together, going to Prairie Ridge Ecostation in Raleigh, and later getting ice cream after dinner. On Sunday, me and the boys got to spend the day together and went to see my friends at Emmaus Way, where we are talking about the inequalities in our communities. Today, I woke up to loaded biscuits, donuts, and time with the kids in the park with some of my favorite people. I ate a quarter of a watermelon, Korean BBQ, and churros and took a 90-minute nap. Crystal and the boys bought me a board game and some awesome travel clothes with hidden pockets. I got a high score on my favorite video game too at 1:30 this morning. This Labor Day weekend gets an A+.

Today was a strange day. I volunteered to canvass with Triangle SURJ, talking with neighbors about the Unite the Right rally in Charlottesville, the hate shown there, and the subsequent events in Durham – pulling down the Confederate monument, the anti-KKK rally. Talking to people I don’t know is one of my very least favorite things. It’s terrifying in a way that doesn’t make sense.

I only got to have two conversations. One was with a nice guy who agreed with me about most stuff, but hadn’t gotten involved yet in the fight against white supremacy. The second was with a guy about 10 years older than me that was conservative. He was disgusted with “violence on both sides” (his words) and had a lot of stuff to say about Black Lives Matter and the media. It was not always comfortable, but my role today was to listen and connect.

It was interesting to see how two people with similar backgrounds and information can deviate so much. He talked a lot about being Christian and how he thought no problems would be solved unless people turn to Christ. His conservatism was based in that. I told him how being Christian was the reason I was out trying to fight white supremacy, which I think got his attention a little. I felt a little weird saying that because I don’t like to call myself that term, but I wanted to connect and the term is technically correct.

Anyway, I spent at least a half hour talking to a guy with a “Don’t Tread on Me” flag in his backyard about race and it didn’t go that bad.

Permalink
Previous Page 3 of 9 Next Page